Earlier this year, I wrote about the 10×10 Challenge that my wife and I were undertaking for 2017. We chose ten games at the beginning of the year and set ourselves a goal of playing each of them at least ten times before the end of the year. 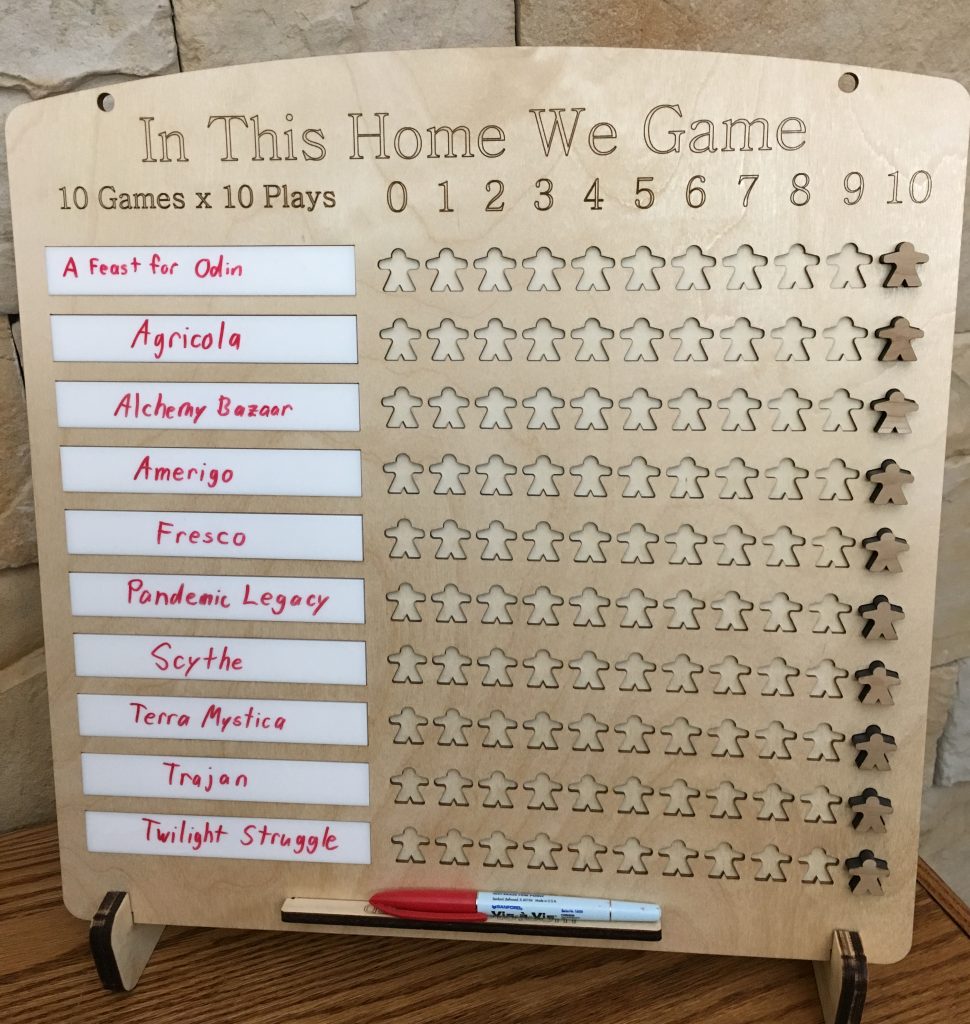 A few nuggets about the challenge:

Would I do a 10×10 Challenge again? Well, if it were just me, sure! I liked setting up a shelf in my game room with the ten games on it, always reaching for those first when deciding what to play. I liked feeling like I could actually explore what these games have to offer instead of just giving them a taste and then moving on to something new. I liked the sense of progress and ultimate accomplishment for achieving this goal we had set.

But my wife did not like it at all. We did a 365 plays challenge in 2016 and this 10×10 challenge in 2017, and both times she ended up feeling a lot of stress and even resentment over playing board games. That’s not the feeling you want a game to create! So, no formal challenges like this for 2018.

The Shelf of Opportunity

However, I do have a goal I’m informally working toward: Clearing off my Shelf of Opportunity. This is what’s often referred to among board games as the “shelf of shame” but I prefer to be more positive here. I’m talking about my shelf of unplayed games.

You can’t see all of them in the photo, but there are currently 35 games on this shelf, none of which I have ever played. Some of them are quick little games that I could knock out multiples of in a single sitting (different Lord of the Fries decks, for instance). Many are much beefier than that, though.