Clay Crucible Games LLC is a one-man game design company run by Michael Iachini in Colorado. The company was started in mid-2012 for the publication of Chaos & Alchemy (later picked up for a larger print run by Game Salute). Since then, Clay Crucible Games has evolved to a more dedicated design studio, designing board and card games for publication by other companies.

I post my thoughts and lessons about game design and publication over on the blog section of the site.

There are also some older game design posts at my RPG site, OnlineDungeonMaster, if you’re interested in that sort of thing.

Chaos & Alchemy is a fast-paced game of laboratory devices, experimentation and subtle rivalry between alchemists. Each player conducts an experiment each turn by rolling dice, hoping for each die to be at least as high as the shared Fortune Die. Each success lets the alchemist draw a new card from the deck or play a card from hand. Each failure means a discard. Players race to build up a laboratory sophisticated enough to turn lead into gold, with the first player to have 10 or more points of Innovations in their laboratory becoming the victor!

The first edition of Chaos & Alchemy sold out in two months in 2012, and a larger print run with full-color art and lots of enhancements came out in 2014 from Game Salute. That version is out of print as of 2017, but copies are generally available from retailers on Amazon.com or from fellow gamers on BoardGameGeek.com.

Otters is a 10-minute strategy card game for kids and otter-loving adults. It’s a deck of 53 custom cards, with photos of otters, lakes and even fearsome alligators.

The goal of Otters is to win the most valuable collection of lake playgrounds. Players send their otter cards to play at the lakes, winning a playground if they fill it up with adorable otters.

Otters had a successful fund raising campaign on Kickstarter in February 2014, and is now available for sale via DriveThruCards.com . 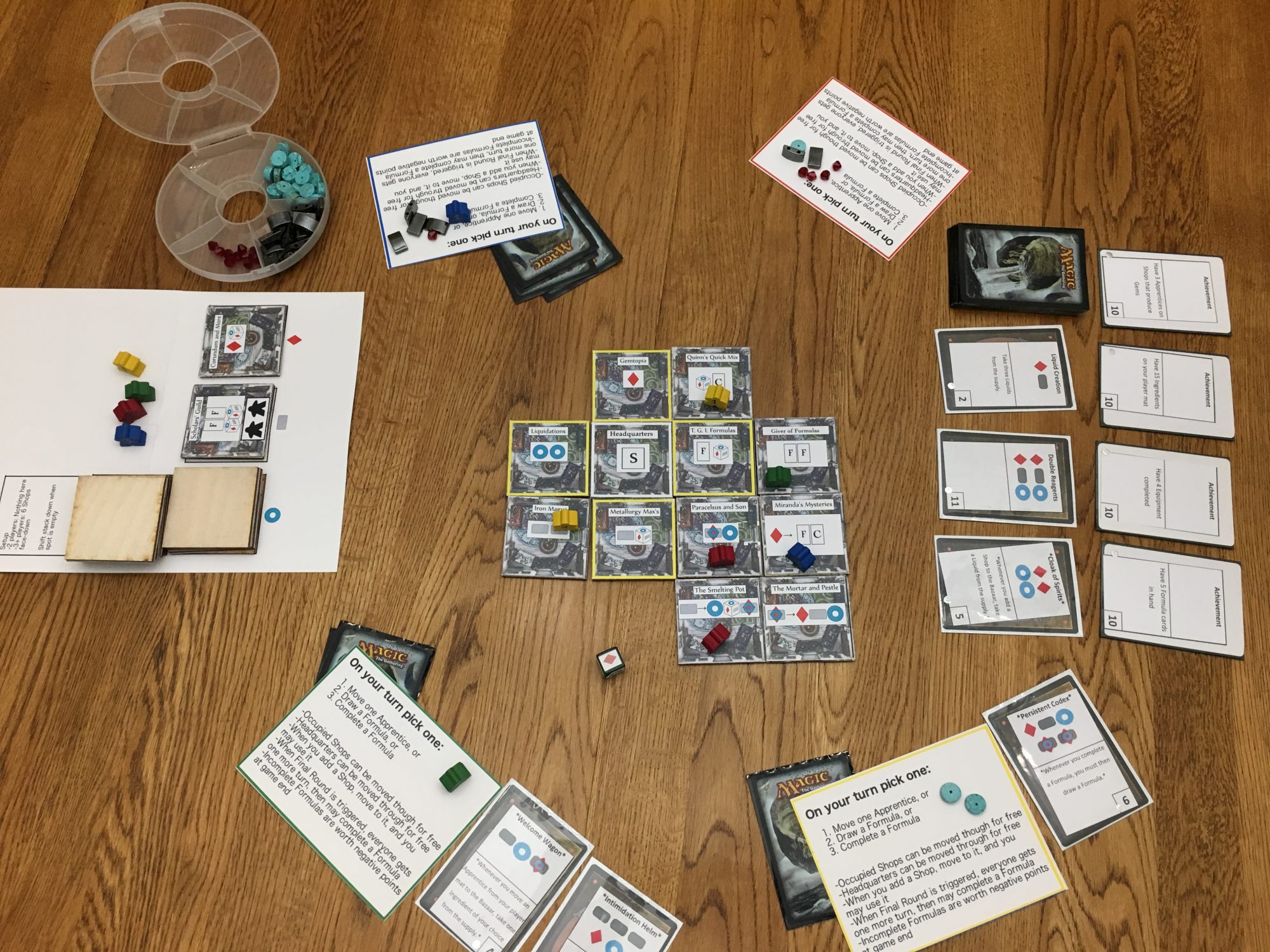 Alchemy Bazaar is a tile-laying and worker placement / worker movement game. Players are alchemists who jointly own an exotic bazaar. Over time, the alchemists add new shop tiles to the bazaar and send their apprentices through the bazaar to collect ingredients for their alchemical formulas. Completing formulas will allow players to gain knowledge and become the most successful alchemist.

Alchemy Bazaar was formerly under contract to a publisher and is now back with Clay Crucible Games as of late 2019. Perhaps you will see it on your table someday!